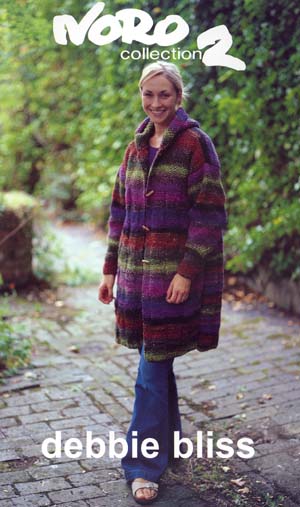 Note: I got the fronts and back of this knitted up, attached them together and it's far too big for me even though I'm on gauge. It looks like I simply made the wrong size. I'm going to undo it all and make a smaller one. However rather than just doing the same pattern again, I'm going to try and make one up. See Kake's Noro Coat - The Sequel!

I abandoned my plans to swatch this, since the pattern is simply so wide that I thought I may as well just start the thing. I only bought one skein to start with to check I liked the look, so knitting to pattern will help me see how the bands of colour will work out (this is a multicolour yarn).

My original plans for the swatch: